The Rock or the Water 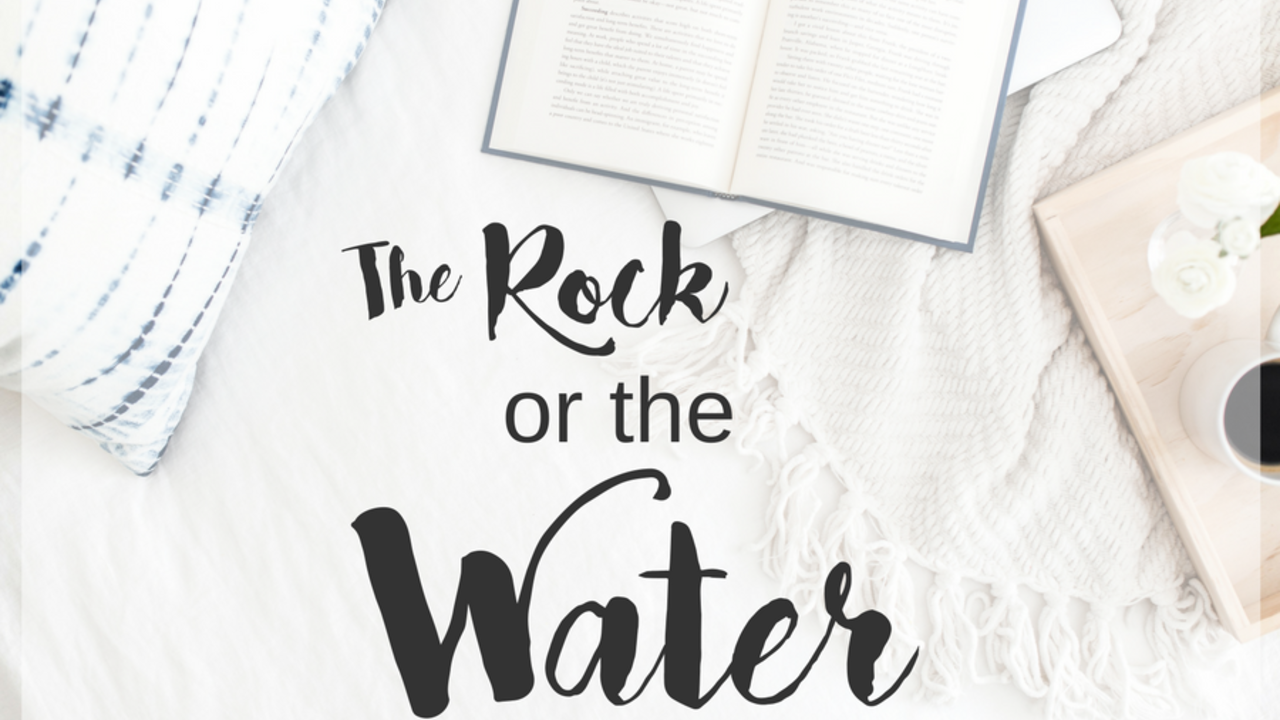 It’s amazing to me how one little four letter word can be so effective at robbing us from experiencing the hope, joy, abundance, and peace that are our inheritance as His beloved.

I’ve come face to face with a decision that I can’t avoid.  I have to make a choice.  There’s no more time left to put the decision off, think about it some more, or stall on moving forward.

Have you been there before?

Anxiety from being undecided has officially become very uncomfortable.  But fear has become the quick sand that is keeping me motionless as I sink further and further into its evil pit.

This morning, as I was processing this with the Lord for about the 100th time – begging for any type confidence to move forward – He reminded me of another situation where I was also paralyzed by fear.

It was two summers ago, and the forecast had made it clear that the last weekend of the summer had officially arrived.  With the Washington rainy season soon on its way, several friends and I decided to embrace the last few days of sunshine and go camping.

We picked a camp site, and three hours later, tents were up, a fire was going, stories were being told, and everyone was laughing and enjoying the adventure.

The next morning, we packed a lunch and decided to hike a trail we had found by the water.

Outside.  In the sun.  With my friends.  Exploring somewhere new.  That is literally as good as it gets in my book.  It was perfect.

Several hours later, we reached the top of a huge hill, and immediately noticed a group of people all standing on a rock cheering.

One by one they ran off the edge of the rock and jumped!

My friend’s excitement grew as they realized that these people weren’t suicidal, they were cliff diving into the arctic water below.

They immediately went out on the rock to make new friends and get in on some of the action.

I watched with a knot in my stomach as jumpers threw themselves off the cliff and into the water – some even doing flips and other types of aerodynamic acrobatics on their way down.

Shaking, I clung to the cliff wall and tried to sit down.  I was hoping that with all the excitement everyone would forget I was there, and no one would notice that I wasn’t jumping.

Now, before you totally start laughing at me – as someone who is mildly afraid of heights, my fear felt totally and completely rational.

In my defense, I’ve been skydiving, led a ropes course at summer camp, and even gone parasailing.  However, when I’m not strapped into anything, and I’m the one in control of hurling my body into possible danger – I typically tend to avoid it.

My plan to remain invisible lasted about 5 seconds before one of my friends, Joe, blew my cover, and called me to come jump off the cliff.

I looked at him and shook my head, mumbling some illogical excuse for why I didn’t want to.

Joe gave me a disapproving glance, and walked from the edge of the cliff over to me and sat down.

Red with embarrassment at this point, I decided the best way to respond was with the truth.

Joe nodded, and thought silently for a moment.

“Kari, sometimes you just have to take a leap of faith.  You’ll always regret the moments in life where you choose to stay alone on the rock instead of jumping all in.” he said quietly.

“Kari, sometimes you just have to take a leap of faith.  You’ll always regret the moments in life where you choose to stay alone on the rock instead of jumping all in.” he said quietly.

Dang.  I felt the knot in my stomach tighten even more.  He was right.

As I sat there trying to process the depth of what Joe said, he added, “Plus, I won’t leave here until you jump.  You aren’t missing this.”

“Jump! Just jump!” I pleaded silently in my head.

How had I gotten here?  How was I going to get out of this?

Interrupting the panic in my mind, Joe looked at me, and said, “On three…”

“Two…” realizing that I was out of time, I decided to jump, and somehow forced the neurons in my brain to connect with my legs and pushed off the rock, right as Joe reached the count of “Three!”

We both jumped off the rock and flew, in what felt like slow motion, into the freezing water below.

Gasping for air as I came to the surface, I looked right at Joe and broke out into deep heartfelt laughter.

It was totally worth it.

The rock had been safe.  But it has also lacked the life, joy, and blessing that was found by jumping into the water.

Later that day as we drove back home, I realized just how much I would have regretted not jumping.  It was terrifying until I committed to it.  But once I was in the air, past the point of no return, there was nothing but joy and laughter all the way down.

I’m so glad the Lord reminded me of that story today.  Because really what I’m facing is another huge leap of faith.

It’s not jumping off a cliff, but it’s equally as terrifying to me.

I know what God has called me to do, but FEAR has made the false safety of the rock seem momentarily more enticing than the joy and blessing He has for me in the water.

The water is unknown, the rock is familiar.

However, as I think back to Joe’s words I’m reminded that if I don’t choose to jump all in with what God has put before me, I’m going to miss out on the incredible adventure He has planned for me.

Nothing about walking with Jesus is safe.  It is the most uncomfortable, stretching, scary path in the world.  But it is only path that completely satisfies our heart.

I know that I will always regret staying on the rock.  That’s NOT what I’m designed for.  It’s not what YOU are designed for either.

I know that I will always regret staying on the rock.  That’s NOT what I’m designed for.  It’s not what YOU are designed for either.

We are designed to leap in faith – sometimes into things that seem impossible.  Nothing is impossible for our God, and when He calls us to jump, the water – not the rock – is the safest place we can be.

Just like the adrenaline and joy after jumping off the cliff, that’s the type of abundant life that comes from leaps of faith with the Lord.

I’m honestly afraid to jump – but I’m reminded today that He always has abundance after I do.  That’s His promise.

Will you jump with me into what God is asking of you?  We are HIS BELOVED.  He has abundant life and adventure for us.  Daughters, let’s leave the rock and fear behind, and watch as He faithfully provides what will satisfy our hearts in the water.

Are you with me? On the count of three…

I would LOVE to hear your story, and feature you on the blog! To share your story, please contact me at [email protected] 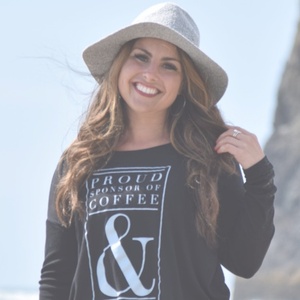 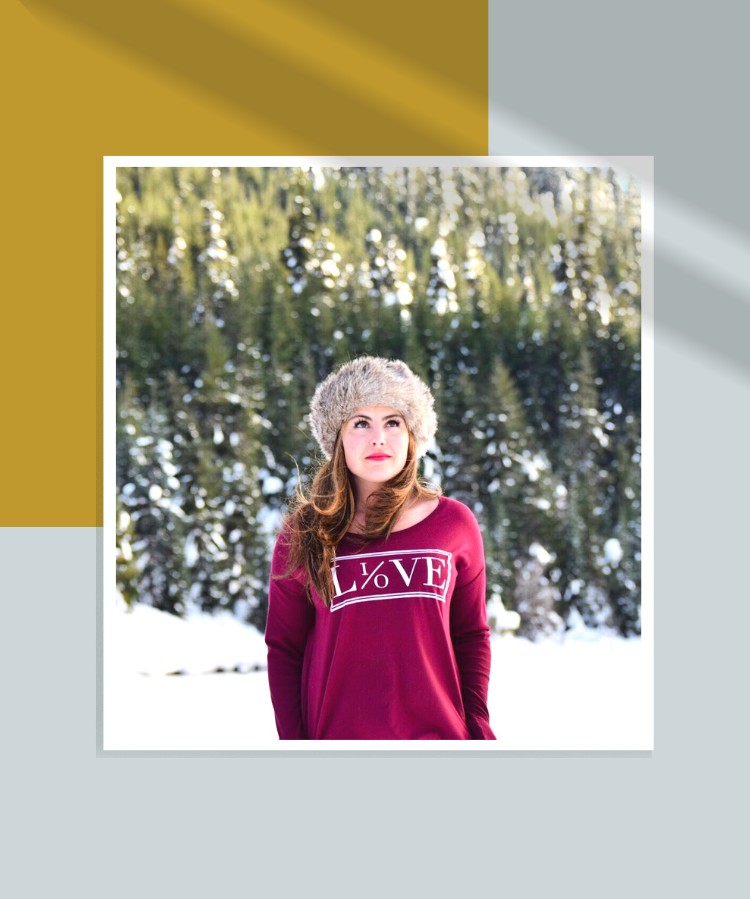 GET A FREE CHAPTER OF MY EBOOK, "YOUR FIRST 10 DAYS OF HEALING" 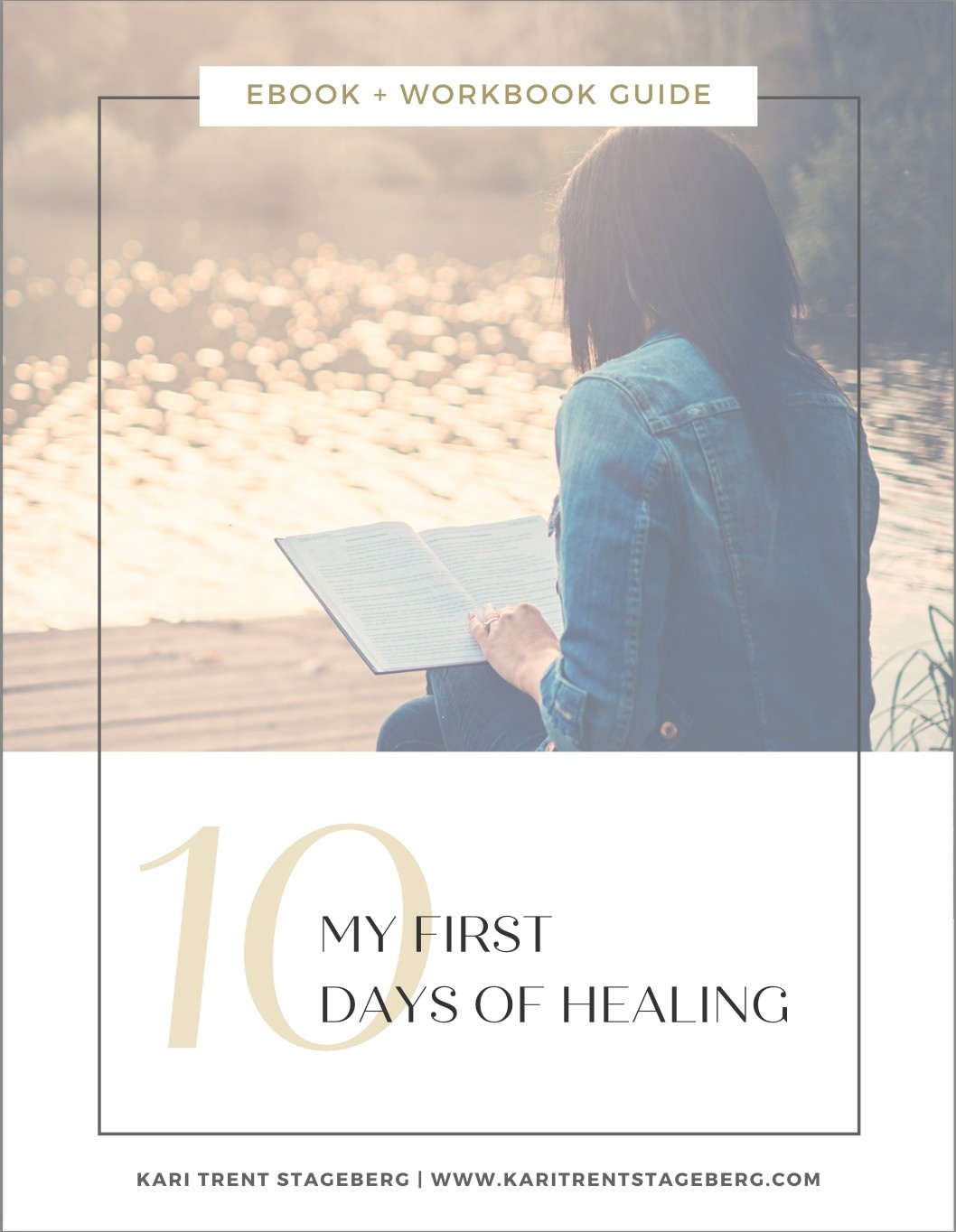 Get Your FREE Chapter Now!